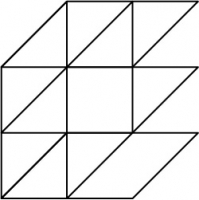 Emerging trajectories in art, science, and technology (since 2012)

“I feel the language and concepts I’m working with don’t comfortably fit within the normal discourse about art and aesthetics. CERN’s physicists and engineers understood the tools I was using and I was able to talk about my goals. I just couldn’t have that kind of dialogue in an art context.”—sound artist Bill Fontana on his CERN residency (HOLO 2, p.206)

There is a space between a computer’s command line interface and the contemporary art museum, the legalese of Silicon Valley’s terms and conditions and the social contract, the whoosh of a particle accelerator and the romanticized “a ha” of artistic inspiration. For much of the twentieth century these gaps were chasms, separating science and engineering from the humanities and siloing them off; today, these gaps are narrowing and disciplinary interstices are the spaces to watch. Increasingly aware of how much technology governs not only entrenched fields of study but every aspect of modern life, we’ve come to realise that things are deeply intertwined.

HOLO emerged in 2012 to explore these entanglements—first with a periodical, now across an expanded platform. Set up in the grey zones between art, science, and technology, it frames scientific research and emerging technologies as being more than sites of invention and innovation—as epicentres of critical creative practice, radical imagination, and activism. The artists and designers working with related materials—algorithms and microcontrollers, meteoroids and fungi, data and archives—aren’t just updating notions of craft for the twenty-first century, they are researchers and cultural critics.

As an editorial and curatorial platform, HOLO occupies the same eccentric vantage points as these hybrid creative practices and puts them into perspective. Working across multiple avenues—print and online, events and production—HOLO collaborates with contributors and cultural partners to facilitate fruitful dialogue between domains and bring new voices into the conversation.